Caresaway, a near future sci-fi story of the unintended consequences of a scientific discovery, will be out January 4, and the Kindle edition is now available for pre-order. The ebook costs $2.99. 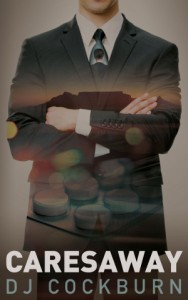 Edward Crofte was a dedicated scientist who wanted to cure depression. After years of work and sacrifice, the Caresaway drug he developed seemed to work wonders… but at what cost?

Years later, Edward’s wonder drug has helped people with depression. But has it also helped destroy the world economy? And what has it done to him?

Join Our Mailing List
X Emails about new releases and promos, plus one lucky subscriber each month gets a free book!